A downloadable game for Windows

In Carnicisation, you play as a little robot running around inside a crab mech that is destroying the city, making sure that its machinery stay functioning.

During the game, the giant crab mech will periodically be attacked with missiles that will damage some machines, lights, or doors. You must not leave the machines broken for too long, or the crab will start taking damage.

Try to last as long as you can!

Carcinisation was created in  a custom C++ engine.

Download and extract the zip, then run Carmicisation.exe in the /exe directory.

It's nice to finally experience what my last brain cell feels

Pretty cool game! Everything felt super hectic, but not overwhelming; I always felt like I had things at least somewhat under control.

However, as someone who's slightly colorblind, I had a lot of trouble figuring out which doors were connected, so I ended up trying to memorize the door connections instead. Maybe that was intentional? I'm not sure.

The introduction of the lights going out put a really interesting spin on things- suddenly, instead of just finding the fastest routes to each machine, I had to remember which rooms even had machines, and consider how likely it was that each obscured machine was broken. It added a whole new layer to the game. 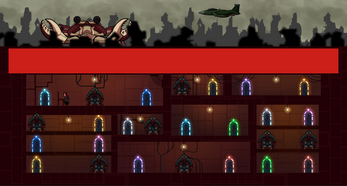 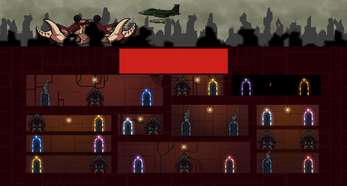 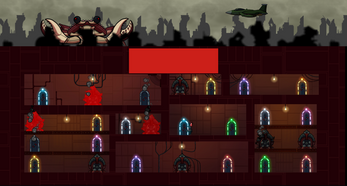